The part of the first party,
to wit: the head,
had been removed
from a body, dead.

The part of the second party,
i.e., the bod, had lost its head
and was acting odd.

And the first party first
and the second party next
confessed that life alone
left them both perplexed.

Then the second party part
put the first's part on
and they got it all together,
kicked their heels and they were gone. 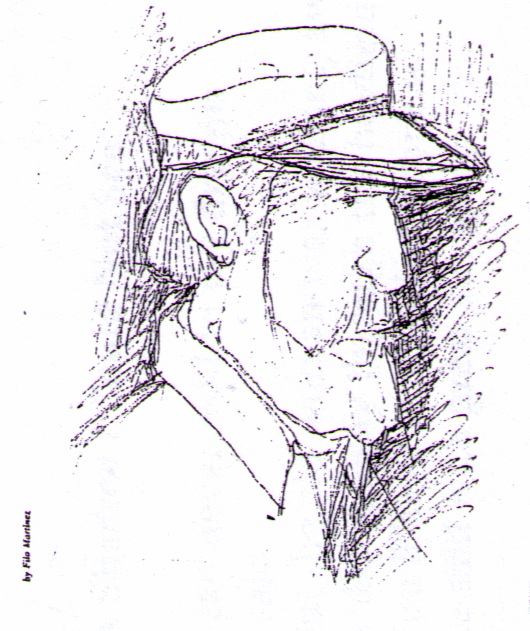 Neal Wilgus was born in Jerome, Arizona. He has a degree in English from Northern Arizona University, Flagstaff, and moved to New Mexico while working for the US Forest Service in the early 60s. He is a prolific writer of poetry, science fiction, and satirical humor. His latest chapbooks are The Leakoids: Newsalizing the Nation, and Rhymed and Dangerous, a book of poems. Neal currently resides in Corrales, New Mexico, and works the night shift with his illustrator, Filo Martinez, who provided the sketch of Neal at right.