could be frightful at times;

he didn't talk much, when he did, he stuttered,
not a little, so bad you'd get restless listening.
When he got excited, especially talking about history
and stuff like that, his voice would guggle
like some waterfall.    Folks say he wasn't
always like that.

He could be standing behind you
when you were snipin' squirrels
and you not know how long he'd been there.
Old timers said he useta copy the wind
walking through the woods,
as if the wind was his brother—
learned it in the War.

None of us kids knew where his home was,
not exactly that is;
I heard tell some boys followed him
a few times, Saturday nights after he bought
groceries. He was always able
to lose them, (so they say)
I think they were afraid of him:
he might change into a troll
or some creature with scales all over his body,
jump out from behind some bush and cut off their heads
with the big knife he carried,
or worse, cook 'em so's their skins would sizzle
like rabbits' cookin' over a fire.

He did a lot of things unexpected,
but one thing you knew he'd do:
Saturday nights, before he disappeared
in the woods with his green sack over his shoulder,
he'd limp around the light pole three times,
hobble away singing,
When Johnny Comes Marching Home. 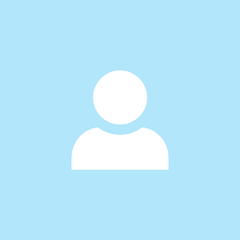 LARRY E. SMITH was raised in Missouri. Besides poetry, he writes popular music. His most recent was "Bring Bubba Back," a song about a purloined peccary. He writes us that it 'lasted one week on one South Texas radio station."