One of the bloodiest battles of the Pacific during World War II took place on the major island of the Solomons: Guadalcanal.

For years I've wondered in the back of my mind just what was the use of a canal on an island.  Today was one of those days that I wondered.  I happened to be at my Mac and did a Google search on "guadalcanal."

What I was looking for turned up among the entries on the first page.  It was a German site that provides an overview of printed issues of a magazine called "Aqua-geographica."  Issue number 19 included an article about Isatabu, the name the locals have for their island.  The article then states that the first Spanish explorers called it Wadi-al-Canar.  There is no explanation about how that morphed into Guadalcanal.  The essence is that there is no canal of note on Guadalcanal.

However, a former colleague of mine, Santiago Sanz of Madrid, Spain, checks in with this explanation:


Guadalcanal is a Spanish word. Its origin comes from Arabic language. Guadalcanal is the name of a village near Seville in the south of Spain. Guada derivatives from the Arabic word Wadi that means water. So the right translation is "canal of water." The reason is this village has a canal to bring water to the village.

Why is there a name like this in the Pacific? The reason is that Pedro Ortega Valencia, who was born in Guadalcanal (Seville, Spain) discovered a new island in one of his trips and he baptized the island with this name. This was the usual way to name new places, mainly cities, by Spanish discoverers as you can verify in America and some areas in Asia and the Far East (Philippine Islands for instance). 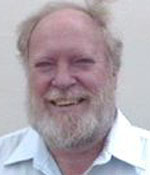 Long time Ecphorizer and current Editor of all things Ecphorizer, Tod enjoyed a varied career in telecommunications having cut his teeth at Ma Bell, then getting in on the ground floor at Rolm working on digital PBXs, getting a light workout at Raynet while installing fiber optic transmission systems, and finally working at Cisco Systems prior to retiring.